Children across the federation have been out in the community to learn about jobs people do as part of Enterprise Week. We have even had some visit us. Here are some of the experiences we have enjoyed.

On Monday, Year 5 went to a building called News UK where The Times, The Sun and lots of other newspapers are written. The building had 17 floors and we went to the top one which had a spectacular view of London. A person called Phil came to talk to us about how newspapers are made and how they get sent to homes.

After 30 minutes another person, who came from The Sun floor, called Oliver came to talk about his job. Next, we went to the 12th floor, which was where the journalists of The sun worked. We took a tour of the entire floor. All of us got a copy of The Times and a copy of Pinocchio. 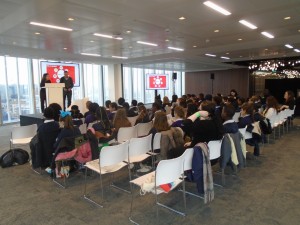 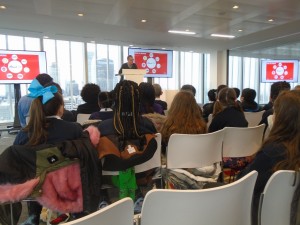 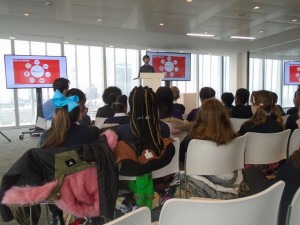 On Thursday Year 5 went to the Co-op store on Tower Bridge Road. When we were there we met the deputy manager called Sam. He told us that the Co-op first opened in 1844 and was founded by 14 pioneers. Sam told us that the people who work there make sure nothing is out of date, nothing is out of stock and that the fridge is cold enough for the sandwiches and drinks. He also gave us a bag of Easter eggs to use as prizes for our stall at the Spring Fair. Thank you Sam!

An architect named Andrew visited our school to tell us about the first pedestrian and cyclist bridge. This bridge will be from Rotherhithe to Canary Wharf. He said the public will have access to the bridge in around 4 years. The bridge will be a suspension bridge, which means it will open and close like Tower Bridge. It will be for cyclists and pedestrians only. It will encourage people to walk and cycle to where they need to go instead of using their cars. This bridge is designed so that people who live in Rotherhithe or Canary Wharf do not need to travel to Tower Bridge to cross the river. 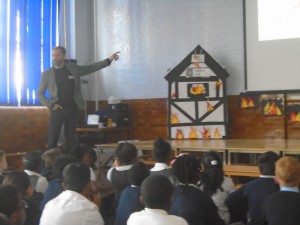 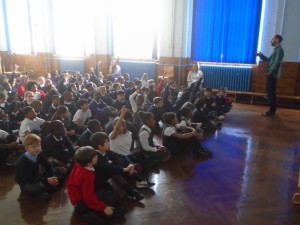